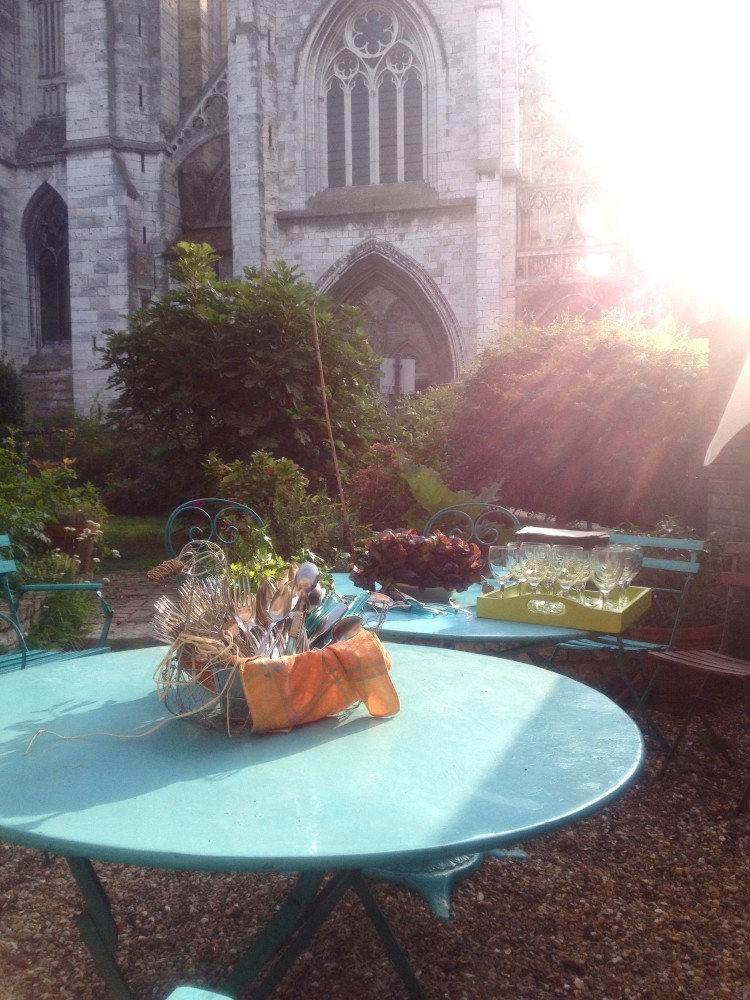 The best text message I got after midnight on January 1, when the French text each other like mad with New Year messages, was from my 84 year-old friend Stanley:  “Happy New Year and above all good health. The rest is EZ.”

I love the message because it’s about the essential.  And while we aren’t in total control of our health, we are in more control of it than most other things in the world.  So, I think the message from Stanley – a  very energetic and politically engaged person – is this:  Do what you can, eat well, love well, exercise enough…the rest is EZ.”

Happy New Year to you all, and may this year bring much love, appreciation, satisfaction, prosperity, adventure and enough contentment to keep things in perspective.

I leave you here with these wishes and a recipe for Galette des Rois because it is the season. I’ve added apples to give it a Norman fillip.

The Galette des Rois honors Epiphany on January 6, and the gifts of the magi.  Its origins are said to be in a monastery in Burgundy where monks used the occasion to elect their director, baking a cake with a bean in it. Whomever got the bean became director.  Today the “feve” (which literally means bean), is a fanciful little object, the galette des rois a puff pastry confection in the north of France, a brioche-based cake in the south.  The filling is almond cream.  It’s a delicious dessert or goûter, and when served among family members, the youngest gets under the table to say who gets which piece, to avoid favoritism.  The lucky winner wears the gold paper crown which accompanies the galette purchased at the bakery and is king (or queen) for the day.

ASTUCE:  if you can’t find almond powder/flour, simply grind ½ cup of almonds with about 1 tablespoon of the sugar called for in the almond cream recipe.  Then, measure out the mixture – you should have just the right amount!

Be sure to warn your guests that there is something hard inside the galette so teeth don’t suffer!

For the almond cream:

4 or 5 drops bitter almond extract, or to taste

For the egg glaze:

Amuse-Bouches, the Art Of The French Welcome